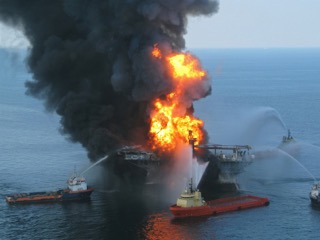 The year 2010 started with a devastating 7.0 earthquake in Haiti that resulted in the death of approximately 220,000- 316,000 people and billions of dollars in property and infrastructure damage. Later that year, another disaster – this one human-made – devastated the environment for wildlife and humans alike. The Deepwater Horizon Oil Spill spewed over 130 million gallons of oil into the Gulf of Mexico from April 20 to July 15. This oil spill was the largest at that point in U.S. history.  Among these catastrophes, civil discourse was also deteriorating.  The country witnessed political rhetoric impeding progress towards finding solutions to difficult policy issues. We see that students entering college reflect this national discourse.

The TFS has been asking students about their political views since 1971. Students self-identified their political views across five categories. The “middle-of-the-road” category was the largest at 44.3%, while only 1.8% of students reported being “far right” and 2.8% of students report being “far left.” Liberal students make up 28.9% of incoming freshmen while 22.2% identify as conservative. Students attending college skew slightly toward the liberal side.

The political debate regarding environmental issues was also on the forefront as the nation viewed 130 million gallons of oil gush into the Gulf of Mexico on live television. Incoming students were asked if “the federal government is not doing enough to control environmental pollution.”  Overall, 78.6% “agree strongly or agree somewhat” that the federal government was not doing enough to control pollution.  In a similar way to healthcare, but not as extreme, student’s policy considerations are related to political views. We find that 43.1% of far right students “agree strongly or agree somewhat” while 91.8% of far left “agree strongly or agree somewhat.” We do see a continued divide between conservatives (60.5%) and liberals (89.6%), with middle-of-the-road students closer to those on the liberal side.

In sum, the TFS provides a snapshot of how the larger political discourse impacts students before entering college. It is important to note that CIRP’s other instruments (Your First College Year, Diverse Learning Environments, and College Senior Survey) serve to help institutions follow-up on students’ beliefs and values and identify practices that may help foster or increase civil discourse not only on campus, but in society at large.

13.1% of incoming students “frequently” demonstrated for/against a cause in the past year.

35.4% of incoming students “frequently” performed volunteer work in the past year.

11.3% of incoming students “frequently” or “occasionally” worked on a local, state, or national political campaign.