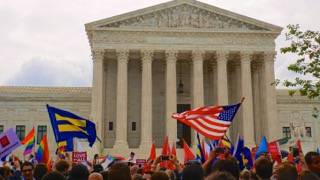 The sixth installment of J.K. Rowling’s Harry Potter movie franchise ‐ the Half-Blood Prince was released in 2009. In the Half-Blood Prince, we say farewell to Hogwarts Headmaster Albus Dumbledore and are in disbelief by the betrayal of Severus Snape. This fictional death of a beloved character was not the only good-bye that year. It also marked the end of analog television, when we were constantly reminded that our old “bunny-ear” antennas would no longer work. As TV technology was moving forward, we recalled the music and life of the King of Pop ‐ Michael Jackson ‐ who also died.  The death of Michael Jackson was felt across the United States and the world.  Jackson’s musical contributions are undeniable despite his legal issues and media frenzy during his lifetime. Songs like Billie Jean, Thriller, and Bad continue to influence artists today as well as remain in our musical consciences.

In addition to the entertainment world, there were significant changes in the political landscape. Supreme Court Justice Sonia Sotomayor was sworn to her office as the third woman and first Latina on the nation’s highest court. The country was on its slow recovery from the great recession. Along with these, two major changes were occurring in the country – same-sex marriage and the tone of political discourse.

Same-sex marriage
In 2009, the states of Iowa, Vermont, Maine and New Hampshire all legalized same-sex marriage. This string of victories for marriage equality continued in 2010 with the overturning of California’s Ban on Gay Marriage as well as President Obama declaring the Defense of Marriage Act (DOMA) unconstitutional. As the tides were changing in 2009, the media argued that young people were leading the way.  In 2009, 65.3% of incoming students “agreed strongly or agreed somewhat” that same-sex couples should have the right to legal marriage.  In sum, many argue that 2009 was the year when marriage equality gained momentum that led to the historic June 26, 2015 Supreme Court Decision of Obergefell v. Hodges which legalized same-sex marriage in all fifty states.

Political Dissent
It was also in 2009, when the acrimonious nature of politics took a turn for the worse. One example was Representative Joe Wilson (R-SC) shouting “You lie” to President Obama during a joint session of Congress while President Obama was giving a speech on the pending health care law. The political right began organizing and protesting around the health care law, the size of government, and Obama’s presidency. In 2009, TFS asked incoming students about the role of dissent in politics and 61.5% “strongly agree or agree somewhat” that “Dissent is a critical component of the political process.” The political discourse during this time became increasingly more vitriolic.  It could be argued that incoming students had a tolerance for such extreme discourse by the level that it should be allowed on-campus.  We found that only 40.7% of incoming students “agree strongly or agree somewhat” that “colleges have the right to ban extreme speakers from campus”. Incoming students in 2009 viewed political dissent as essential to the political process and that extreme views should not be censored.

30.3% of incoming students “frequently” discussed politics in the past year.

37.4% of incoming students “agree or strongly agree” that students from disadvantaged social backgrounds should be given preferential treatment in college admissions.

51.8% of incoming students “frequently” accept mistakes as part of the learning process.

2008: The Great Recession and the Election of Obama