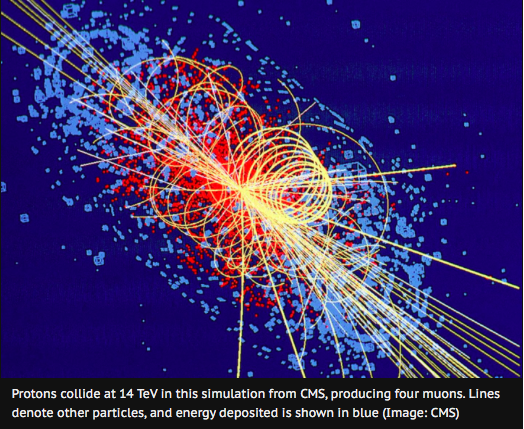 Korean superstar Psy released the world smash hit Gangnam Style in July 2012.  The song traveled the world’s radio stations and received over a billion views on YouTube.  What made this hit unique in the United States is that most of the lyrics are in Korean. In the past, foreign dance hits tended to be in Spanish, such as the “Macarena,” which was a sensation almost twenty years earlier in 1995.

While the world was dancing Gangnam Style, physicists were making a huge scientific leap; they found evidence of the Higgs Boson or “God Particle.”  In 2012, The CERN’s Large Hadron Collider in Switzerland was able to identify the Higgs Boson, an essential particle in the Standard Model of Physics.  The verification of the Higgs Boson brings the theoretical work of Peter Higgs and five other physicists from the realm of hypothesis to fact, which won them the Noble Prize in Physics. As scientific discoveries are made, we wonder how students’ interest in studying science may be impacted.

In 2012, the TFS included questions about students’ prior education in math and science. In the physical sciences, which includes physics in most school systems, 31.5% of students had taken one year of physical science while 31.8% had taken two years and 29.6% of had taken three or more years of physical science classes.  The majority of students (80.1%) had taken four years of math while a select 7.5% had taken 5 or more years of math between grades 9-12.  We also found that 30% completed an AP Calculus course and 15.4% completed an AP Probability and Statistics course. What is welcome news is that an overwhelming majority of students (81.1%) had taken a pre-calculus or trigonometry course before entering college.

19.3% of incoming students considered themselves Pre-Med.

6.3% of incoming students considered themselves Pre-Law.

2.6% of incoming students were ROTC, cadet or midshipman at a service academy.