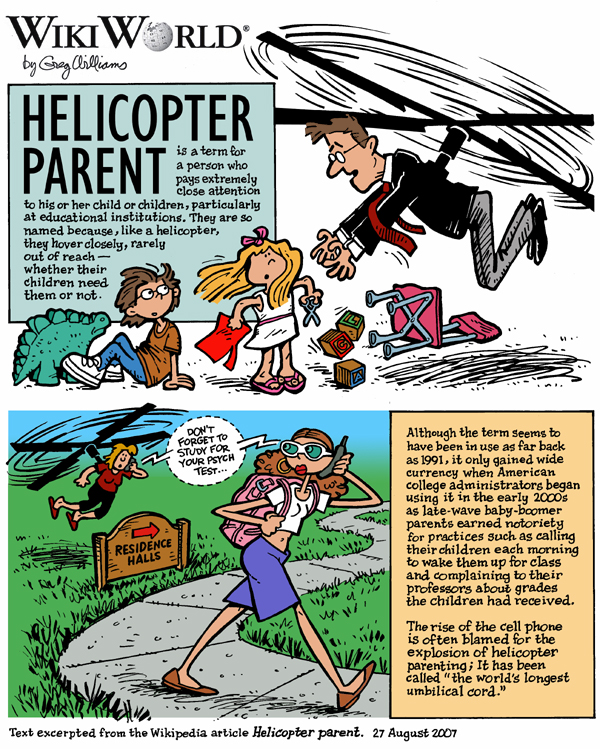 The phenomenon of helicopter parents rose to national consciousness in 2007, raising questions about students’ self-reliance and independence. News stories focused on the role of parents throughout multiple stages of the college going process: from making the decision to go to college, applying, and choosing a college to contacting administrators and even selecting courses. On the 2007 TFS, several items focused on students’ views about their parental involvement.

Sadly, in the spring of 2007, there was a tragic, on-campus mass shooting at Virginia Tech University, in which 32 people were killed and 17 were wounded. The Virginia Tech incident brought an awareness to gun violence on campus, and many incoming students felt strongly that the government should do more to regulate their sale.  Among incoming college students, 77.8% agreed or strongly agreed that the federal government should do more to control the sale of handguns. Unfortunately, campus violence debates continue today, shaped by continued and recent tragedies, such as the shootings at Umpqua Community College in Roseburg, OR and the stabbing of students at University of California, Merced. States now have to decide if they will allow students and faculty to carry concealed weapons on campus.

In sum, the college experience is changing. Colleges and universities reflect the world that we live in and we see that these changes impact how student live and learn on campus.

58.4% of incoming students “strongly agree/agree” that wealthy people should pay a larger share of taxes than they do now.

77.8% of incoming students “strongly agree/agree” that through hard work, everybody can succeed in American society.

69.5% of incoming students personally thought it “essential/very important” to help others who are in difficulty.

2006: The decline of newspapers and the rise of helicopter parents

2008: The Great Recession and the Election of Obama